If you're an apprentice or 16-26 years old then you're in the right place! 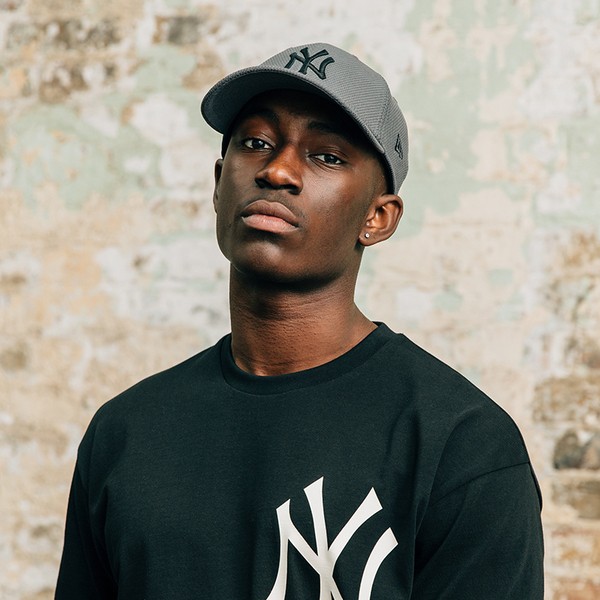 New Era is a family-owned company and has been for four generations. Ehrhardt Koch, who founded the company in 1920, was a turn of the century pioneer with the goal of revolutionizing the headwear business.

After working for John Miller Cap Company for 18 years, German immigrant Ehrhardt Koch saw an opportunity to take his skills to the next level. In 1920, his dreams came true when he borrowed $1000 to start the E. Koch Cap Co. Under the new name of New Era Cap Co., Ehrhardt's company began producing 60,000 Gatsby-style fashion caps per year.

In 1932, Ehrhardt’s only child, Harold, joined him in the business. Harold noticed the demand for the fashion cap was fading, and with professional baseball growing in popularity, he saw an opportunity to launch a new item in the marketplace – the baseball cap.  The first New Era professional baseball cap was produced in 1934 for the Cleveland Indians’ home and away uniforms.

World War II was a time of hardship for everyone and New Era was no exception. Fabric was scarce, but the Kochs were resourceful, obtaining uncoloured fabric through a variety of innovative means. In fact, the fabric used to produce the caps for a long list of local college and major and minor league baseball teams, was actually dyed in the family’s home washing machine. New Era’s elastic-backed, adjustable caps made their debut in the 1940s.

By 1950, New Era was the only independent cap maker supplying caps to big league baseball teams. Its impressive roster of clients included the Brooklyn Dodgers, Cincinnati Reds, Cleveland Indians and Detroit Tigers. In 1953, New Era’s visionary founder Ehrhardt Koch passed away at the age of 68. His legacy of passion, integrity and originality lives on through the brand and shapes the core values of the company to this day. In 1954, Harold redesigned New Era’s fitted cap, giving it a more contemporary look. It was then that the 59FIFTY fitted cap was born.

To better accommodate the growing company, New Era opened the doors to its manufacturing facility in Derby, New York. This location would become the exclusive producer of the iconic 59FIFTY cap. In 1961, the company was invited to the Winter Baseball Meetings for the first time. Faced with the opportunity to sell directly to all major and minor league teams, New Era’s leadership showed off their ingenuity by converting motel rooms into small showrooms for their growing line of headwear.

In 1972, Harold was elevated to CEO of New Era and his son, David Koch, was named president – 14 years after he began working for the company. In 1976, David’s son, Chris Koch, continued the tradition by joining New Era at the Derby plant. By 1974, 20 of the 24 professional teams comprising Major League Baseball were signed with New Era.

Guided by David Koch’s vision, the 1980s became a decade of consistent growth for the company. Caps for college sports, AAA and international baseball leagues were augmented with newly designed tennis and golf headwear. Special orders were also filled during this time, including those for the military. In 1982, the entire company was saddened by Harold Koch’s passing. David Koch emerged as New Era’s sole leader reinforcing his commitment to the company’s legacy of innovation. In 1986, New Era’s official on-field 59FIFTY cap was added as part of the Diamond Collection.

The early 1990s saw New Era take part in a blockbuster deal that shaped and ensured the future of the company. Led by David and Chris, who was named company president in 1993, New Era became the exclusive supplier of on-field caps for Major League Baseball. In 1996, New Era experienced its first brush with fame outside the sports arena, when the company received a special request from celebrated filmmaker Spike Lee for a customized red-coloured New York Yankees cap. This began a long-standing relationship with Lee, who went on to direct New Era’s first commercial in 1997.

The company’s globalisation efforts continued into the millennium with offices opening up in Europe, Japan, and Australia within a two-year period. In 2001, Chris Koch was named company CEO. After a courageous fight with cancer, David Koch passed away in 2002. In 2006, the company moved its corporate offices from Derby back to downtown Buffalo where it all started 86 years earlier.

After a ten year hiatus, the National Football League and New Era partnered once again in a game-changing moment that saw the cap company obtain exclusive on-field rights for headwear. Since then, New Era has reinforced its reputation for quality and style by bringing a classic, uniform look to the sidelines. Hot on the heels of the NFL announcement, New Era released one of its most technologically advanced baseball cap yet, known as the Diamond Era cap. Infused with multiple technologies it quickly grew in popularity amongst the players and can now be seen during spring training and select games each season.